AJ Fernandez is a renowned cigar maker based in Nicaragua. His cigars are handmade using a blend of tobacco from different countries. One of the most well-known premium cigars produced by the famous cigar producer AJ Fernandez is the Last Call Maduro Geniales. The wrapper used to make this cigar is a dark, oily Pennsylvania Broadleaf Maduro wrapper, which is different from the usual Broadleaf wrappers. 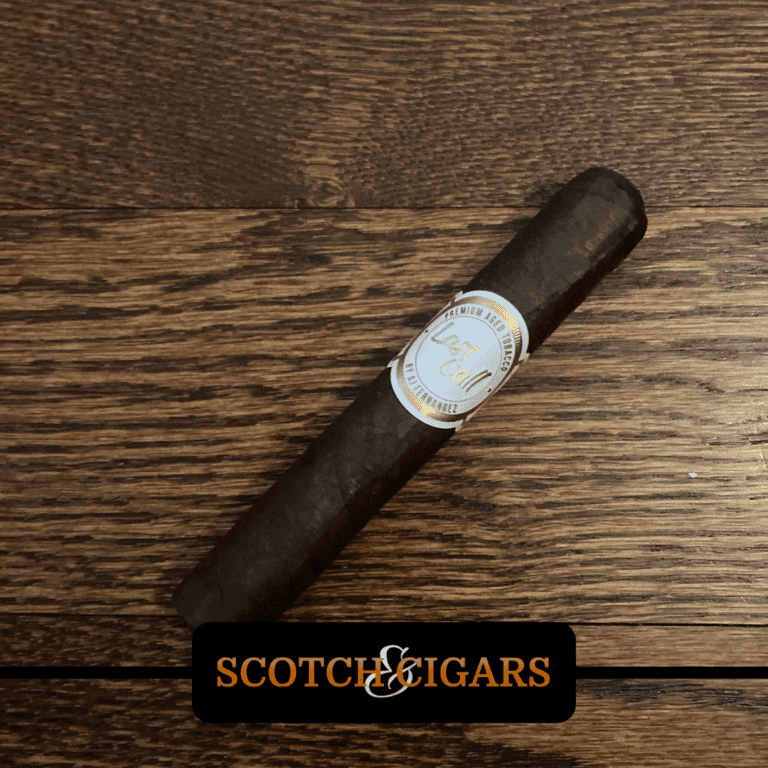 The AJ Fernandez Last Call Maduro Geniales cigar was wrapped in a Pennsylvanian Nicaragua Broadleaf Maduro wrapper, a variation on a typical Broadleaf. This wrapper was produced by AJ Fernandez from seedlings that were transferred to Nicaragua from Pennsylvania.

The cigar has an oily wrapper with a very dark brown color and clearly visible veins. It has a white band with gold embellishments, which I believe is too common for such a fantastic-colored cigar.

The cigar’s band center has the word “Last Call” written in a very simple and unappealing font, something that I don’t think is good, especially from something in the AJ Fernandez brand. The quality of the cigar is being degraded by it. Giving the band the attention it deserves is vital since it contributes significantly to the cigar-smoking experience. The phrases “Premium Age Tobacco” and “By AJ Fernandez” are also written in it but in uppercase, encircling the words in the middle.

Upon lighting the AJ Fernandez Last Call Maduro Geniales cigar, there are a lot of flavors going on already. Right off the bat, I can already sense a spice on the retro-hale, which is not too much but enough to let you know that there’s the spice in it. For its main flavor profile, the dominant flavor is its sweetness which helps balance the spice, accompanied by leather and toasted nuts. There’s also a subtle hint of coffee, but it was overpowered by nuts, and a hint of black pepper but not too much.

For my first third of the AJ Fernandez Last Call Maduro Geniales cigar, the tasting notes remained much the same, except that the toasted nuts turned into roasted coffee, which explains why I sensed that the two are kind of identical flavors the moment I light it up. So far, the flavors remained consistent, but the strength of this cigar moved high a little bit, which I think is too much of a transition considering it’s just the first third, but maybe it will change later on; either the strength would be more strong, or it would lie down, but considering this is a full strength cigar, I doubt.

After my second third, the construction of the AJ Fernandez Last Call Maduro Geniales cigar is excellent. So far, I’m not having any problems with it. The cigar burns evenly, the ash holds on well, and the smoke output is excellent too. For the flavors profile, consistency-wise, it remained the same, and nothing much changed except that the black pepper is now gone. This is also the same with its strength; it remains almost the same during the first third.

For my final third, AJ Fernandez Last Call Maduro Geniales cigar, the flavor profile is just the same. However, the sweetness is slowly getting gone, and the spice is still present on the retro-hale. While it seemed like it was not balanced, there’s not much difference to it since the spice is different in terms of strength, as it was during the first third. The dominant flavor became the roasted coffee which I think is the perfect ending flavor noted, considering that this cigar is full-bodied. 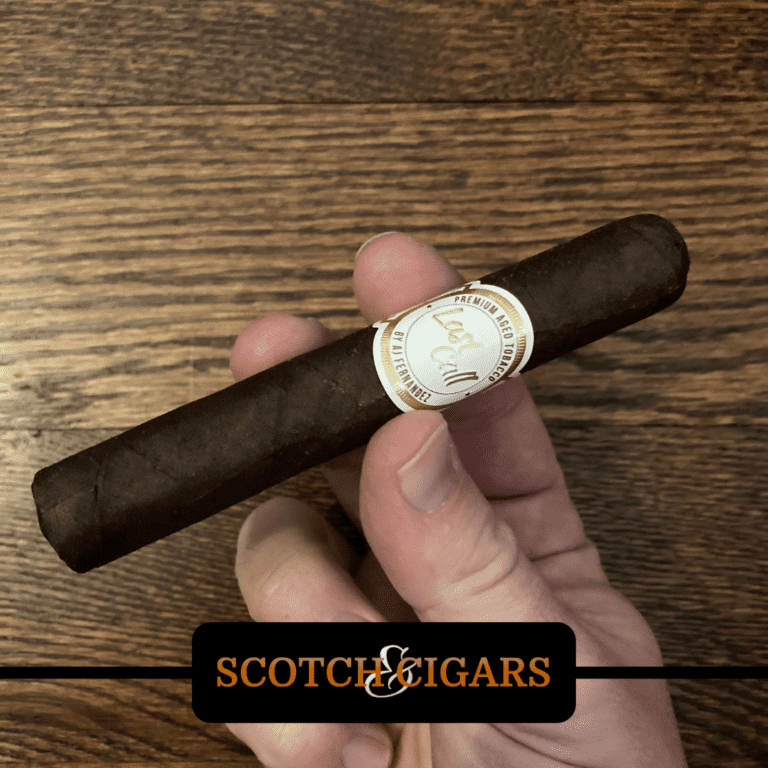 Overall, the AJ Fernandez Last Call Maduro Geniales cigar is just a good maduro cigar for me. Consistency-wise, for the flavors, it made a good presentation except for the final third, where some flavors kind of subsided. It’s actually disappointing since I expected the flavors to have their peak during the final third since they failed to do so in the second third.

Moreover, the strength also remained consistent from the first to my final third. I also considered it a downside since I expected it to go a little further during my second or final third, but it already reached its peak on the first third, which is quite hard to top during the final third.

I have no complaints about the AJ Fernandez Last Call Maduro Geniales cigar’s construction. The cigar burns evenly, it releases a good amount of smoke output, and the ash holds on for so long. I also had no problems with its draw and didn’t feel the need to retouch it throughout my smoking time.

Lastly, AJ Fernandez’s Last Call Maduro Geniales cigar features a band that is too simple and common for my taste. The cigar itself is quite good, but the band does not add anything special to the look of the cigar. I would prefer a more intricate and detailed band that would add to the overall appearance of the cigar.

The AJ Fernandez Last Call Maduro Geniales cigar is something I would recommend for those coffee lovers out there or a cigar smoker who would want to smoke a cigar that has a consistent flavor profile but, at the same time, doesn’t give too much richness.

I would purchase this one to smoke during the morning but something I would not smoke every day. I think I would just smoke this whenever I feel like it or would just want to have a taste of coffee in a cigar form.