This offers a complex flavor profile with hints of black pepper, wood, earth, and chocolate. The cigar is then finished with a double cap, which gives it a perfect draw and a great flavor. 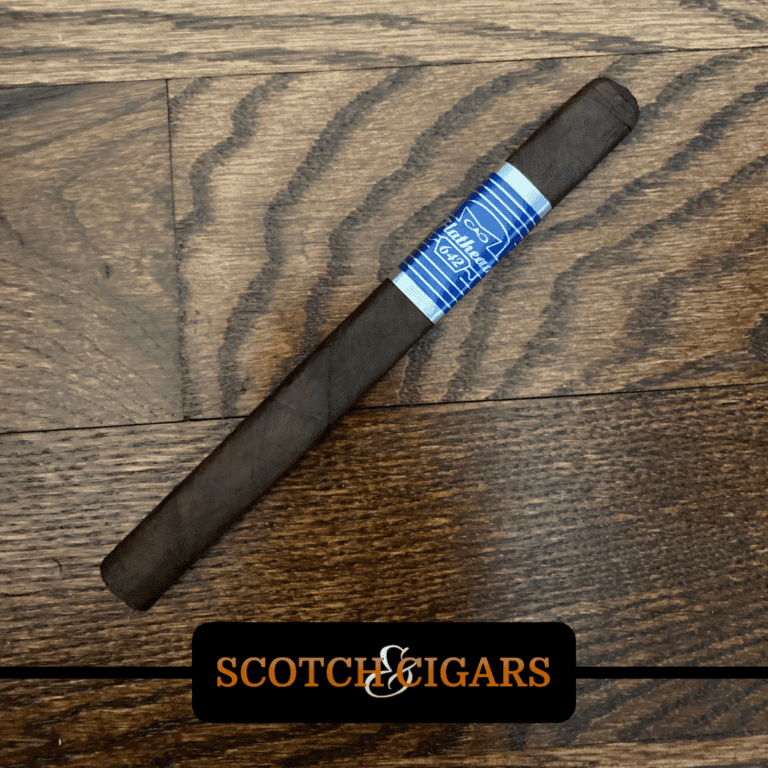 The CAO Flathead V642 Piston cigar has a toothy Connecticut Broadleaf Maduro chocolate cigar wrapper. It has a few veins, tight seams, and a double cap. The cigar also has a flat head and is shaped like a box pressed cigar.

Moreover, the CAO Flathead V642 Piston cigar emphasizes its wrapper more because it is thinner than any other CAO cigar currently available on the market. It is actually relatively thick, despite its appearance of being thin. Additionally, when cut open, it contains probably three to four layers of tobacco.

As for the CAO Flathead V642 Piston cigar band, it has a big long band that is in light color blue with a touch of silver. The same in the middle of the band mimics the flathead car, with the words “CAO,” “Flathead,” and the number “642” written in it. Aside from the flathead shape logo, it also features a stripe in the background.

The CAO Flathead V642 Piston cigar has a rich cocoa, cherry, and fruity aroma that makes me think of a fruit-and-chocolate dessert. As soon as I lit the cigar, I noted that it had an excellent draw that was just a touch loose but produced a lot of smoke. Medium-bodied but with a lot of smoke. Additionally, this cigar has a creamy texture, and the predominant flavor at this point is the overwhelming black pepper. Although the black pepper note does not actually linger on my sinuses, it is still present throughout the finish and is as potent as if you had eaten a whole tablespoon of black pepper. So far, it’s been a black pepper blast!

The CAO Flathead V642 Piston cigar is burning a little bit quickly in the first third, and the ash didn’t entirely stay on. The draw once more became slightly looser than it was when it was first lit. The smoke output is still as good as it was during my first few puffs. Regarding the flavor profile, this cigar still has a strong black pepper flavor dominating it, but it was joined this time by a fine wood and chocolate flavor. Although it’s neither exceptionally smooth nor harsh, this cigar is neutral; in my opinion, there’s not much more to say.

The construction of the CAO Flathead V642 Piston cigar remains unchanged after the second third. There are no complaints because it is still burning admirably, producing a lot of smoke. However, the ash is still not clinging. The strength is still considered to be medium to full bodied cigar. Additionally, the flavor profile didn’t change at all. The flavor notes I had in the first third are still present, and it has been relatively constant till this point. Given how potent the black pepper is, I had anticipated this one to change a little, but nothing significant occurred.

The CAO Flathead V642 Piston cigar continues to have a medium to the full body during my final third. The flavors are essentially the same, but this time creamy dark chocolate has been added to the palette. Simply put, the cigar has excellent consistency throughout, from the construction to the flavor profile. This would be a fantastic recommendation for you if you’re searching for a cigar that has a consistent flavor overall, but it’s absolutely not my cup of tea. 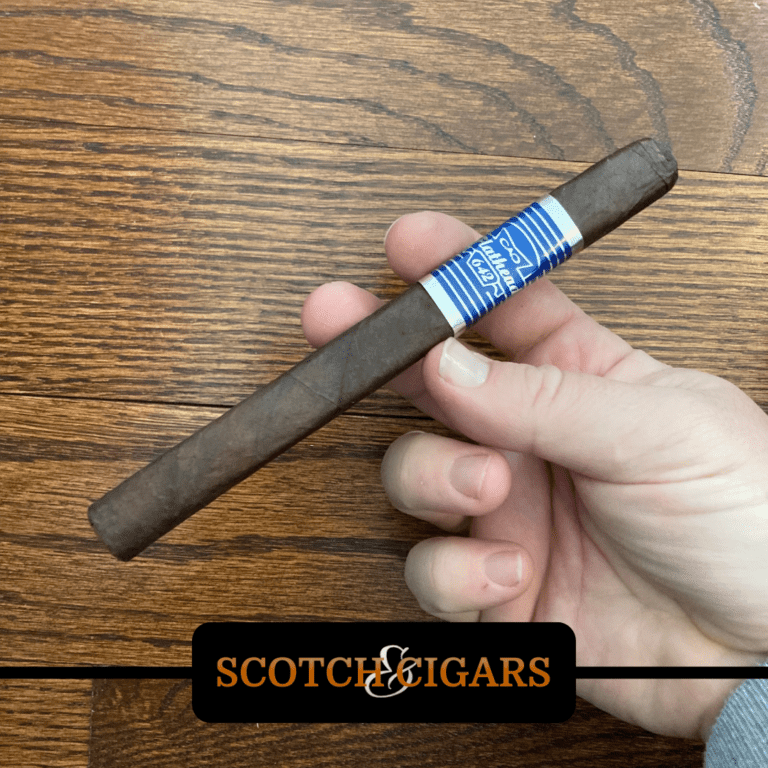 Overall, the CAO Flathead V642 Piston cigar is excellent in terms of consistency. From its burn, draw, smoke output, or overall construction, it gives a superb performance that any cigar aficionado would enjoy. For its flavor profile mainly consists of black pepper, wood, earth, and chocolate. This flavor palette makes it perfect to pair with a scotch since the sweetness of the said alcoholic drink would complement this cigar.

If you’re someone who loves a cigar that is consistent in flavors and doesn’t want too much transition to happen, then this one is a perfect choice for you. This cigar could also be an excellent recommendation to those who enjoy a medium to full-bodied cigar. However, as someone who wanted a cigar that would provide me different flavors in every third, I don’t think I’ll smoke it as a daily cigar, but this is something I’ll definitely smoke if I have a scotch in hand.