Bolivar cigars are one of the oldest and trusted cigar brands in Honduras. This was first blended by the famous cigar legend Estelo Padron. The goal is to emulate its Cuban counterpart which is produced in Havana. The original classic cigars are the Bolivar Cofradia which feature the long-filler combination of Honduran and Nicaraguan tobaccos that are encapsulated in black, stunning, and oily  Connecticut Broadleaf Oscuro wrapper. It gives off the luscious flavors of earth, chocolate, spice, and coffee in every robust smoke from start to finish. After several years, the brand added the Bolivar Heritage cigars as the first extension. These top-quality cigars are manufactured in the Dominican Republic, and they come in a reddish color Habano-seed Connecticut wrapper.

Bolivar is a small-sized Cuban cigar brand that is known for its power and its namesake Simon Bolivar, South America’s liberator. The cigar was created in 1902 with lots of sizes, but they whittled down to a few left.

Underneath the surface is an Ecuadorian Sumatra binder and fillers that are from five nations: Nicaragua, Honduras, Dominican Republic, Mexico, and of course Cuba. Every cigar would give you the captivating notes of earth, spice, cocoa, leather, and cedar. 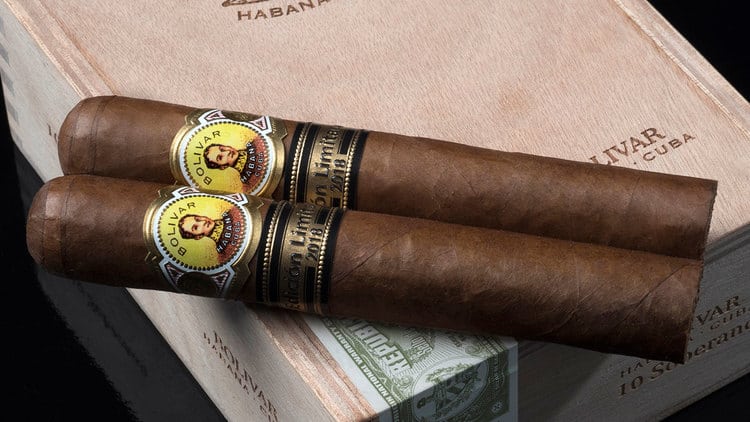 How to Buy Bolivar Cigars

Bolivar cigars are a well-know cigar brand that can be found in most cigar shops and online. We recommend buying Bolivar cigars here, for the best price.

How Much are Bolivar Cigars?

Bolivar cigars are about $222 for a box of 25 cigars, depending on the specific cigar you want to buy.

Bolivar cigars are exquisite cigars. The ratings for their cigars range from 81 to 95.

Where are Bolivar Cigars from?

Bolivar cigars are made in the Dominican Republic. There is also the Cuban state-owned Bolivar company from Cuba

The Bolivar Cofradia No. 554 is a chubby stogie that is exploding in great flavors. It’s a full-bodied cigar that comes packed with long-filler tobaccos from Honduras and Nicaragua. It gives off an earthy and spicy flavor and taste. This magnificent cigar is wrapped in a Connecticut Broadleaf Oscuro wrapper, and it contains an excellent mixture of rich, bold, and slightly sweet flavors.

It is said that it takes several years for a beginner cigar smoker to truly appreciate the Bolivar Cofradia No. 554. For a genuine aficionado, this cigar is expected to be part of the collection. This means that the full-bodied Robusto is out to give you an intense cigar smoking experience as well as an invigorating aroma that you can’t grow tired of. 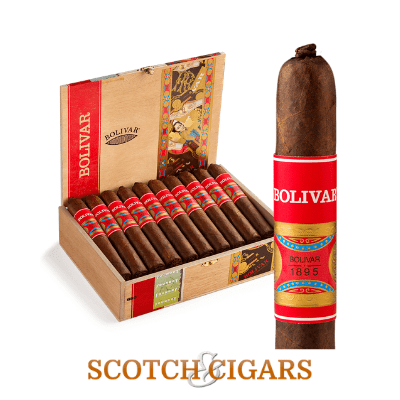 Bolivar Heritage is a premium cigar added to the Bolivar line. The Bolivar Heritage 550 is a well-packed Robusto that is teeming with medium and full-bodied goodness. It has exquisite notes of earth, cedar, spice, and leather. These notes tend to intensify as the cigar starts to burn.