Hoyo de Monterrey cigars were the first to be hand-rolled away from Cuba after the great embargo in 1962. The embargo made it illegal to sell Cuban cigars in the US. It all started with tobacco seeds that were smuggled from Cuba using a diplomatic pouch. Hoyo de Monterrey became one of the most reputable brands in Honduras. The original Hoyo de Monterrey is still created in Cofradia, Honduras, using exquisitely aged Honduran and Dominican long-fillers and encased in an Ecuadorian Sumatra wrapper in an EMS shade or it could also be the darker and oilier Connecticut Broadleaf Maduro leaf. As decades passed, the brand portfolio has diversified its premium cigars to cater to different types of smokers.

Hoyo de Monterrey flavors make them appealing to those who prefer delicate yet aromatic Habano that could be lighter to one’s taste yet are elegant and complex. 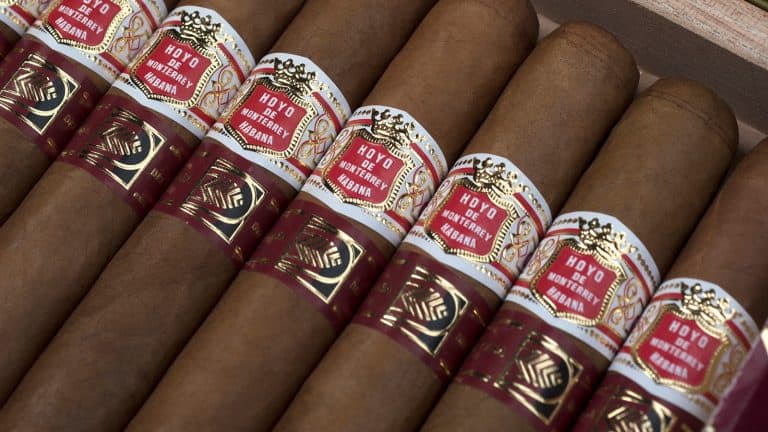 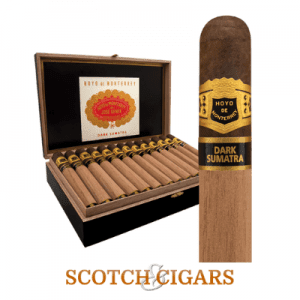 Hoyo de Monterrey Dark Sumatra is a full-bodied cigar. It is an extension to the grandest extension of the Hoyo de Monterrey brand. It comes with a dark sun-grown Ecuador Sumatra leaf and features a five-nation tobacco blend that offers you earthy flavors and a cloud of robust smoke. This cigar is meant for those who like a heavy Cuban-style smoking experience. 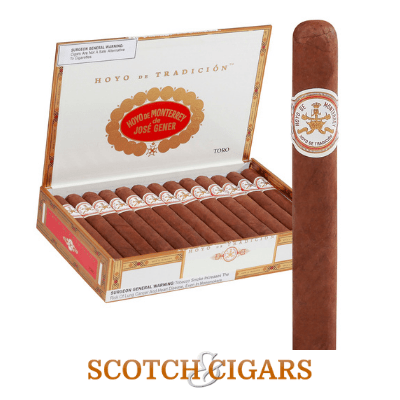 Hoyo de Tradicion cigars are intended to pay homage to the timeless Cuban heritage and tradition. It’s a special blend that comprises Honduran San Agustin and Dominican Piloto Cubano leaves. It also comes with the savory Nicaraguan leaf, originating from the volcanic island of Ometepe. It is wrapped in a robust Connecticut Habano leaf. It is box-pressed using the Honduran Jamastran Viso Rosado wrapper, resulting in a creamy smooth, medium-bodied smoke that smells of earthy and caramelized flavors.

The story behind Hoyo de Monterrey Certified Vintage goes back to the late 1990s when General Cigar created an authentic unique blend that they can put in high-end tobacco outlets. After the line ceased its production, the remaining tobacco was collected and aged further. The tobacco was packed in 10. The blend was not like any other with vintage tobaccos that come from five different countries. The long-filler tobaccos are from the Dominican Republic, Nicaragua, and Honduras while its binder is a Connecticut Broadleaf. The cigar’s tobacco is surrounded by the top of the line Ecuadorian Sumatra wrapper. Every piece of this cigar is smooth, flavorful, rich, and very well-aged. These cigars have matured for 10 years, and when they are gone, they are gone for good. 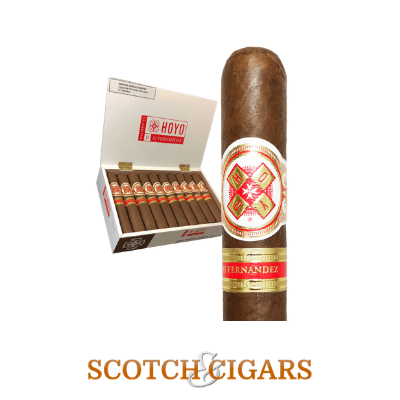 Hoyo La Amistad Gold is the most recent installment to a super-popular series from the iconic cigar producer AJ Fernandez. This cigar features a silky-smooth Ecuadorian Habano wrapper that captures the tobacco from the top four tobacco-growing regions of Nicaragua: Estelí, Condega, Ometepe, and Jalapa. Its blend offers a complex combination of full-bodied flavors such as cocoa, cashew, leather, and wood, which are backed by sweet and peppery spices.