Drew Estate is a premium cigar manufacturer that is known for its high-quality cigars. Due to its bizarre design, which includes a bulge in the middle, the Larutan Egg cigar is among the brand’s most well-known products. 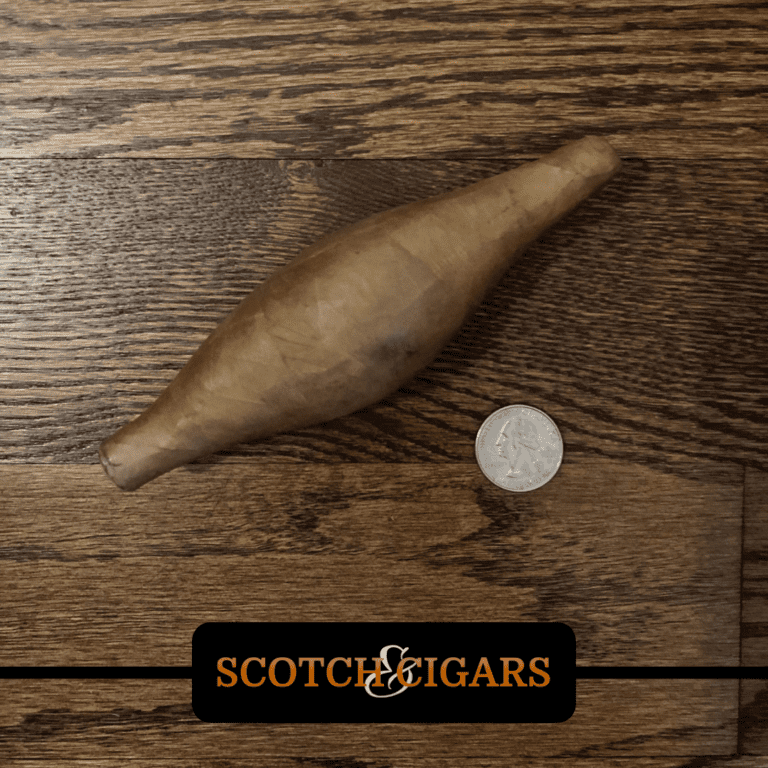 The Drew Estate Larutan Egg cigar features a prominent bulge in the center that possibly resembles the word “egg,” and it tapers off after that. Its wrapper origin is Nicaraguan. It has an odd appearance, and I predict that if the ash reaches the center, it will either resemble its actual shape or won’t hold out and may fall gradually while I’m smoking it. Moreover, it piqued my curiosity and gave me a reason to be eager to puff on this one.

Given how bizarrely shaped the cigar is, it was surprising that the Connecticut shade wrapper would be used extensively to cover it. There are a few noticeable veins and barely any seams. Besides, without a band, this one is too plain and unattractive. I just hope it has a band, even if it is already crazy in terms of shape.

Upon lighting the Drew Estate Larutan Egg cigar, while I can’t pinpoint the exact flavors, they are so far mild and smooth. For my first third, amazingly, the ash is holding on. Cedar and nuts, along with a smooth and subtle sweetness in the flavor profile, are present. It isn’t very complicated, but it is sufficient to keep you smoking. To be quite honest, though, if it weren’t for my interest in how the ash will hold up during my smoking session, I wouldn’t be amused by the tastes. They are too basic, and since this one’s design is so bizarre, I had anticipated that the flavor would also be rather odd.

The ash is still on my second third of the Drew Estate Larutan Egg cigar and is really firm for how big it is at this point. The only drawback is that it burns pretty severely and unevenly. There is also a section where a canoe burns down on one side, yet despite how improbable the shape is, it is still pretty considerable. I didn’t have high hopes for how the ash would hold up. The structure of the cigar makes it difficult for me to draw since the open end is so large; thus, I must smoke it with a little bit of force. To get that smoke to come out, I had to pull quite aggressively. Additionally, it contributes to the slightly bitter taste that is now present. Speaking of, the tastes of this one are still the same, but the bitterness that the poor draw produces has overridden the sweetness.

As I near the end of my third, I realize that the Drew Estate Larutan Egg cigar actually has quite pretty construction because the ash stayed put the whole time I smoked it. The fact that the bulge of the cigar that was transformed into ash is still there makes it fantastic, even though some pieces of the ash are dropping off. Additionally, it provided amazing smoke production, for which Drew Estate is already renowned. Considering how difficult it is to draw, the taste profile currently consists primarily of charred flavors. It also gained a lot of strength as a result of the draw. 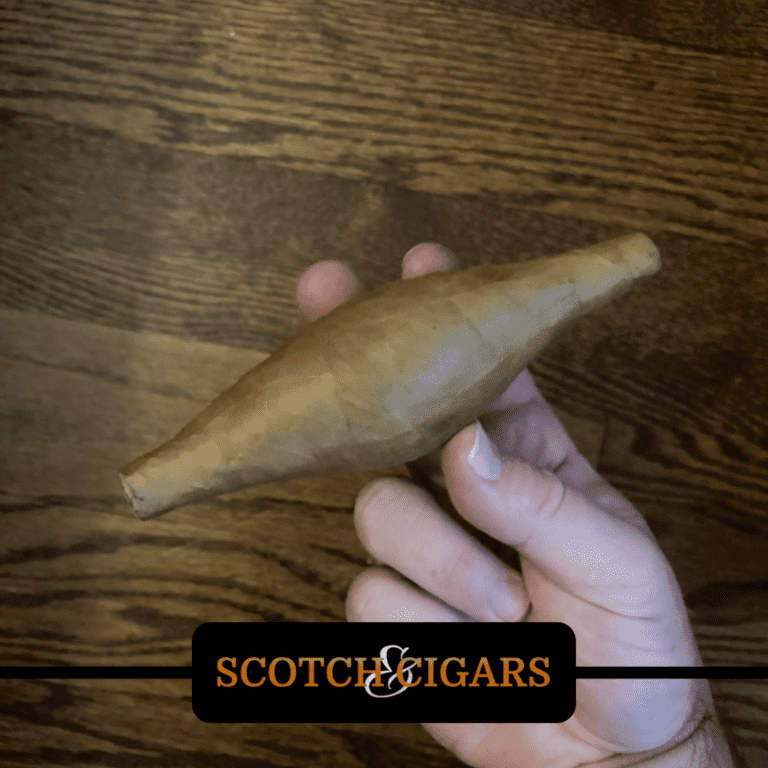 Overall, in terms of its flavor profile, the Drew Estate Larutan Egg cigar is not something I would smoke again. The flavors during the first third are present not until I reach the second and final third, where I can only taste burnt notes because of how hard the cigar is to draw. Also, there’s no unique distinctive taste on the cigar; they are too simple, and there isn’t a lot of complexity.

In terms of its construction, considering how crazy the Drew Estate Larutan Egg cigar’s shape and size is, it surprised me how the ash really held on and didn’t fall throughout my whole smoking time. The very downside of this one is how hard it is to draw that I have to put strength in it just for the smoke to come out. For its smoke output, it’s already a given that the Larutan Egg cigar produces a lot since the Drew Estate brand is known for this one. I would prefer one of the many other Drew Estate cigars, such as Liga Privada Nasty Fritas or Liga Undercown Gran Maduro .

To simply put, despite how impressive the ash held on, considering its weird shape, it’s not something I could recommend to anyone. I feel like you’ll waste your time smoking this one since you will not get any of the prices you paid for it. Also, there are no unique flavors or complexity present in it, so that it will be a big NO for the majority of the cigar enthusiasts out there.