In 1994, the Padron 1964 Anniversary Series Imperial Natural cigar was introduced to mark the company’s 30th anniversary. This is a limited run of all sizes manufactured using tobaccos that have been matured for four years.

It is 6 inches in length, has a substantial 54 ring gauge, and has a brick-like form. It is also regarded as the thickest cigar in Padron’s iconic anniversary line. 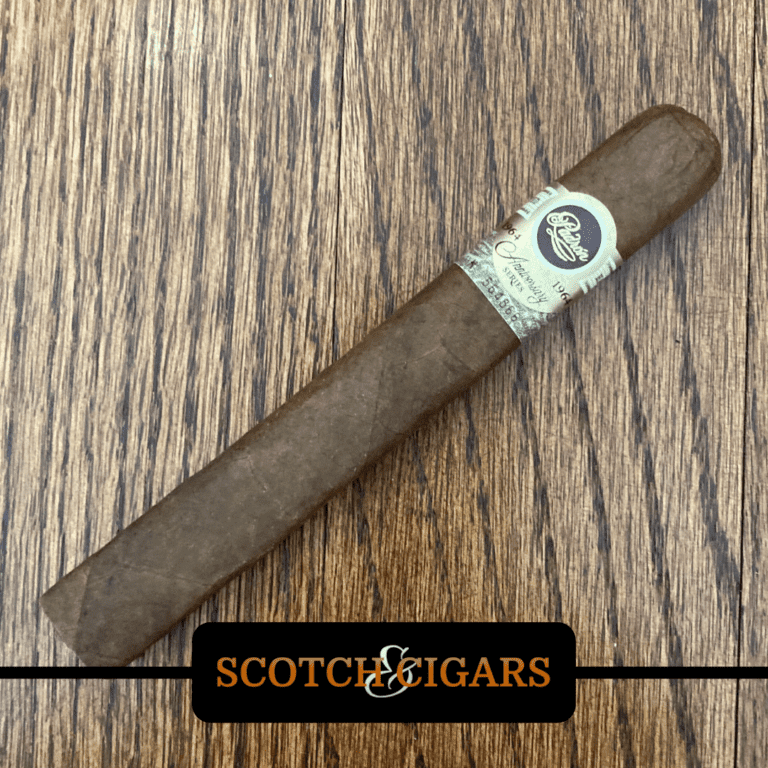 The band has the traditional, simple appearance of Padron. The word Padron is written in cursive inside of this circle, while the phrase “Anniversary series” is inscribed underneath it. The upper band features a maroon and gold color scheme.

Right off the bat after I lit the Padron 1964 Anniversary Series Imperial Natural cigar up, has a very loose draw and a strong coffee flavor that is followed by a smooth earthy, cedar-like, or bitter aroma. The dark leather is present as well and the cigar gives off a smooth smoke. The familiar sweet spice flavor from the Nicaraguan Habano wrapper is also present, along with the other familiar Padron notes. Although it doesn’t have any pepper in it yet, it immediately emits a strong coffee taste. The flavor of coffee and earthiness lingers on the tongue for a very long time.

When I finished the first third, the flavor remained almost unchanged. You could want to restrict your draw because it’s still quite loose. A little sweetness has already taken the place of the small bitterness, and it blends beautifully with the other flavors, including the earthiness, chocolate, and faint coffee flavors. Coffee flavor is still extremely noticeable, but smooth leather flavor is starting to come forward. The tastes are just those of a standard Maduro: sweet earth and a hint of spice.

The flavors in my second third are quite similar, and the body and strength are also still good medium. It now has somewhat more strength and even has a zestier flavor. Everything just came out harmoniously, becoming smoother and more cohesive as is typical of the Padron anniversary series. The aftertaste is also pleasing.

The last third changed a little, adding a really wonderful, creamy chocolate that had been present from the start but this time, was enhanced and really stood out, especially on the draw. 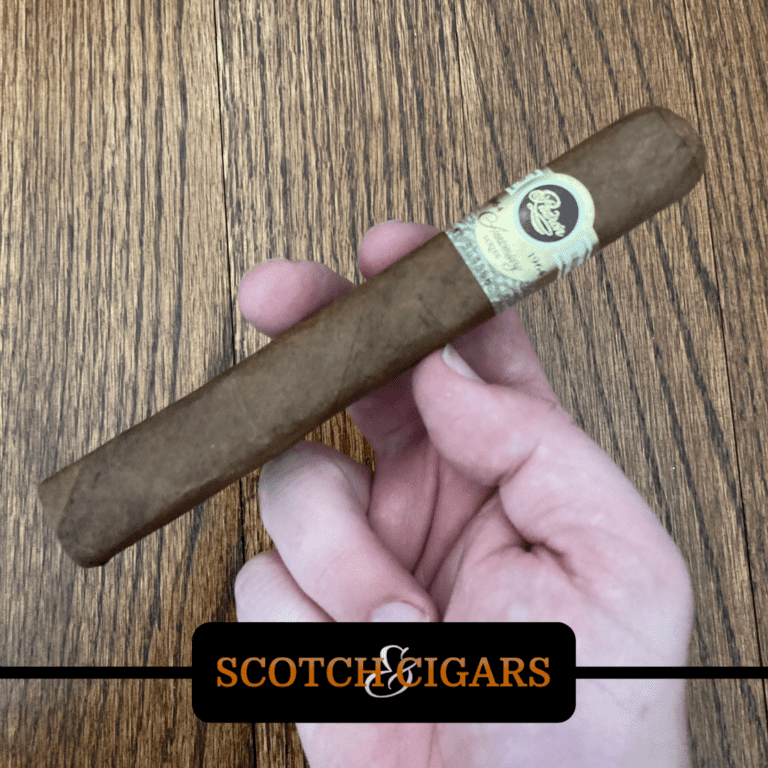 The Padron 1964 Anniversary Series Imperial Natural cigar has a very rich aroma of chocolate, pepper, and cedar. These scents merely offers you an idea of what the cigar will taste like, and it does not disappoint because all of the aromas are present in the tastes as well, with the exception of the pepper, which is not a negative side.

I enjoy how it lacks any pepper flavor and instead depends more on the earthy, leathery, coffee, and traditional creaminess of all Padron cigars. It doesn’t actually provide full strength; rather, it leans more toward medium or above medium strength, but not enough to make smoking it difficult. It’s more of a way of letting you know that the strength is there, but it’s not too overwhelming.

I enjoyed smoking it, and I’ll probably try to smoke another one in the future. Overall, it’s a fairly tasty stick that I would smoke in the morning.